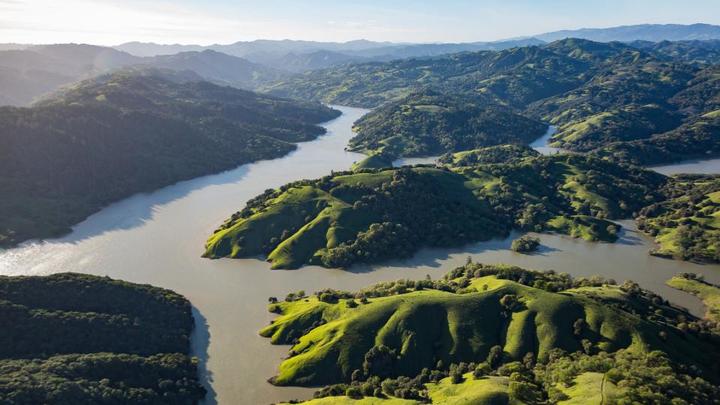 Sonoma and Marin counties have over 600,000 residents who depend on the water stored in the Lake Sonoma reservoir. This reservoir is fed by a watershed of about 84,000 acres, which is occupied mostly by private landowners.  These acres have a high and very high fire hazard status according to Cal Fire, and if a catastrophic wildfire ran through those hills, not only could it risk the residents that live there, have huge environmental impact, but it could pose a serious problem to the residents who depend on the water provided by Lake Sonoma.

This problem was identified several years ago, through the climate adaptation planning that Sonoma Water has been doing, and supported by the North Bay Climate Adaptation Initiative. In May 2017 we worked with Sonoma Water to apply to the Better Together Resilient Communities grant of PG&E.  In October, the firestorm of 2017 happened, affecting Sonoma, Napa and Mendocino counties in devastating ways and focusing national attention on Sonoma County and fire resiliency. The grant was also awarded to us that fall, and we were deeply grateful to have received it at a time when we could use it to participate in identifying solutions around fire resiliency.

Still reeling from those fires along with the rest of the community, in 2018, Ag Innovations and Sonoma Water set out to have a conversation with as many landowners as possible about fire resiliency in the Lake Sonoma watershed.

The goal was to bring needed knowledge from our expert partners to the landowners, to understand from them what their hopes, interests, and concerns were about fire and resiliency in the area, and then let innovation and action flow from there.  We calculated that we directly touched about half of the acreage in the Lake Sonoma Watershed through the course of three dozen interviews and four workshops, culminating in a Neighbors’ Summit in September, 2019.

During this project, we have focused on learning from and with the landowners and our partners, and have gathered a whole range of very practical suggestions.  We have learned that homes can be “fuel for the fire,” or they can be a place where firefighters can make a stand.  We now understand that roads can be death traps for people trying to escape, or that along with landscape interventions, they can be shaded fuel breaks that slow fire and allow it to be beneficial for the landscape.  We were struck by stories that fire is not just an ancient tool for vegetation management by the native tribes here in California, but even in the 1950s was a much more standard tool – and that while fire is to be respected, it is a vital part of California life.

Finally, this message was repeated by our fire and forestry experts again and again: Neighbors must work together.  That sentiment rang true whether it was neighbor to neighbor, agency to agency, or county to county.

We are now summarizing these and other learnings, and have identified a variety of ways that homeowners and government agencies can do their part to adapting to California wildfire.  We are also heading to Mendocino and Napa Counties to give a boost to their own fire organizing efforts. It has been exciting to hear of the efforts that landowners have already taken after these workshops, starting neighborhood and “roadshed” Fire Safe Councils and COPE groups; working together on grant proposals; and in general, being neighborly.

Working in fire resiliency has been new for us– we are known for our work in food systems, agriculture, and water stewardship.  However, Ag Innovations is devoted to building a thriving future in California, and working well with this “neighbor” of wildfire is a crucial part of the whole picture.

Want to join the discussion?
Feel free to contribute!