The Sierra Nevada region of California is famed for its extraordinary natural features, but less so for its central role in the state’s water system. The area includes the tallest peak in the contiguous U.S. states (Mount Whitney), the first territory ever set aside by Congress for public use and preservation (Yosemite Valley and the Mariposa Grove of Giant Sequoias), and the largest living tree on earth (General Sherman). The region is also the source of 60% of the state’s developed water supply, providing all or part of the drinking water for 23 million people.1 Water is central to the economic and environmental health of the region, yet many systemic challenges threaten the quantity and quality of this natural resource.2

Motivated by these challenges, thirteen Integrated Regional Water Management Planning (IRWMP) groups from across the Sierra Nevadas came together in 2009 to form the Sierra Water Workgroup (SWWG) to develop collaborative approaches to protecting and enhancing California’s primary watershed. Formalized with the adoption of a charter in 2011, this multi-stakeholder forum became the first entity to represent and advocate for water interests in the 22 counties making up the Sierra Nevada region as defined by the State Legislature in its formation of the Sierra Nevada Conservancy. Since its inception, the SWWG has held four conferences to discuss and educate multiple IRWMP stakeholders on water issues specific to this region, with the most recent occurring on August 10, 2015.3

The August event tackled three critical headwater issues: groundwater, protecting in-stream flows, and disadvantaged regions and communities. The beginning half of the day featured local and state-level perspectives on these issues through info-shares by IRWMP groups, and by water law and policy experts. Afterwards, participants split into three groups to explore the challenges and opportunities of each issue more deeply, and to identify solutions with applicability to the Sierra Nevada. The group reconvened to share some of their ideas, which included five potential pathways for collective action:

In its most recent report, the California Roundtable on Water and Food Supply made a number of recommendations which align with the perspectives of SWWG members, including improved connectivity between upper and lower watershed resource management strategies, and increased alignment of governance structures and tools across levels of government.6 We at Ag Innovations are very excited to participate in the SWWG, and we commit to exploring synergies between the upper and lower watershed efforts. 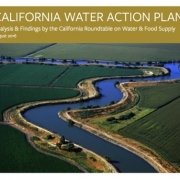 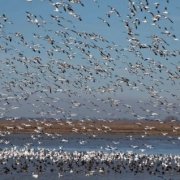 California’s Drought: We’re All in This Together 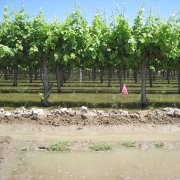 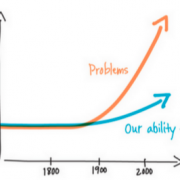 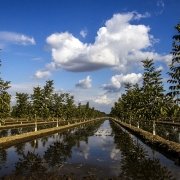